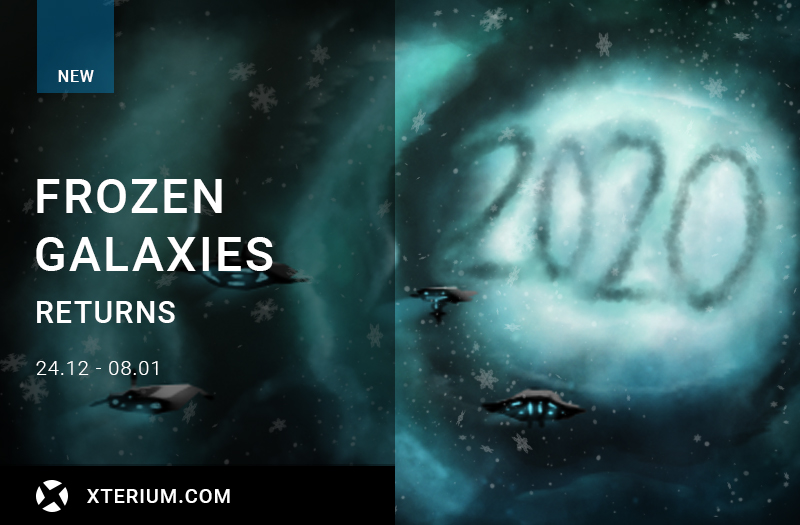 The Frosty Galaxy (Battles) event starts on 24/12 at 17:00 (CET time) and will be held every day until 08/01 (included)
The event will start every day at 17:00 (cet time) and will last 2 hours.
Any player who has reached level 20 in the universe of War of Alliances can participate.
To participate in the event, you must send the colonizer to the second galaxy and create a planet there (you can only create a planet after the start of the event). That is, from 17:00 to 19:59 (cet time).
At 20:00, the results of the tournament are summed up and awards will be given to the players. As in the weekly tournament, players can receive 10 different rewards for successful attacks in the second galaxy + an additional 10 rewards in antimatter depending on the place in the final leaderboard.
Features of the second galaxy: